On September 29th, a private car sticker in Zhengzhou posted the word “Kamika” and the Japanese flag pattern was complained by netizens. The Ji Mu journalist reported the matter to the Zhengzhou traffic management department. On the afternoon of the same day, a police officer of Zhengzhou police told Jimu Journalists that the vehicles and owners involved in the incident have been deducted, and the case is being handled. 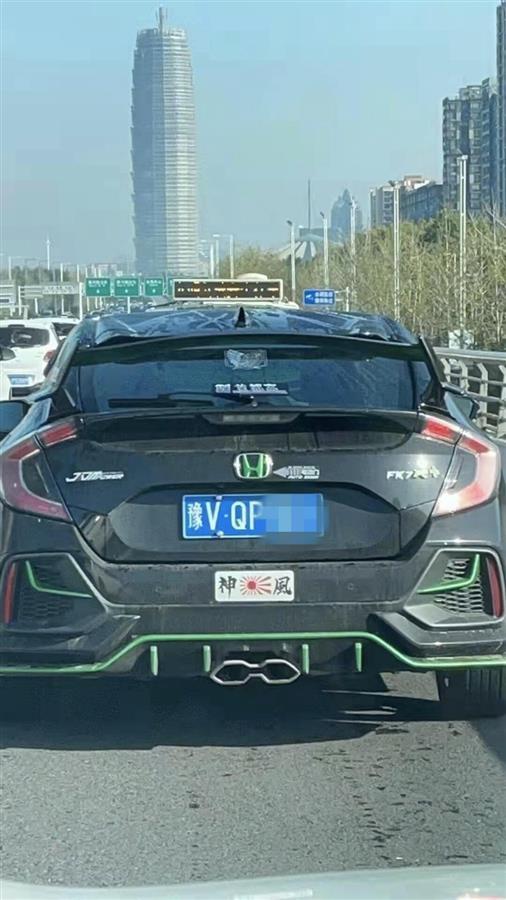 At noon on September 29, Jimu Journalists subsequently reflected the matter to Zhengzhou Traffic Accident Alarm Platform. A staff member stated that he would notify the police to deal with it.

At about 4 pm on September 29, a police officer of Zhengzhou police told Jimu Journalists that the owner drove the vehicle to the traffic police team for treatment and had taken the initiative to tear off the Japanese flag logo. At present, the owner and his vehicle have been detained by the police. The case is being handled.